There’s a wonderful post over on Petapixel (What? You’re not following them already? Get on that… seriously, they’re awesome, whether you’re a photographer or not).. 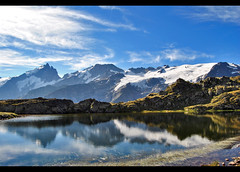 Wait, what i was saying? Oh, right, the post. The post is about how internet addiction is destroying creativity. The author talks specifically about how it relates to photography, but the general case is true…

What I’m getting at in the headline is that the Internet is most likely the cause of your impotence when it comes to productivity. How many people pick up their smartphones and check something online or in an app in the morning, instead of picking up a camera and capturing a sunrise?

I bet 99% of us look at a smartphone before anything else in the morning. If only your first thought out of bed was “What photo will I capture today?” think about how much more you would achieve.

Over the last couple weeks (and through being sick with a head cold the last 5 days), I’ve found myself almost breathlessly refreshing news.google.com and my Feedly page or whatever just to keep up the constant stream of input. And when I felt like doing something, it would have to compete with the information overload I was getting off the net. How can creativity thrive under this kind of mental onslaught?

I’m going to try and change things up. Move politics out of my “must check once an hour” need. Stop refreshing feedly to get the latest DailyWTF. I’m not a big social media wank, so Facebook, Twitter, etc are not my main distractions, so I can’t really put this under “i’m quitting social media for a while”. It’s more “I need to set priorities a little. This is not healthy for me.”

In the past I’ve done little life adjustments like this, and whether they stick long term or not, they do shift the balance a little, and nudging yourself out of a well worn groove isn’t a bad thing, even if it means things are a little shaky until a new smoother path is found.

This past weekend I made my yearly mecca to Arisia, the big SF / Fantasy convention in Boston. I’ve been going to Arisia for almost 25 years now, sometimes as a staff member, sometimes as a volunteer, but I haven’t missed an event since 1990, so it’s sort of ritual now.

Since making the decision to make Soylent a part of my diet, I’ve waxed and waned on how much I take in. Soylent regularly changes the ‘mix’ in it’s products, so that has impacted this as well.  The original version wasn’t particularly exciting, but did fill my belly.

A few weeks ago, Soylent announced 2 new flavors for their ‘2.0’ premixed drink. I’ve been enjoying the premix bottles for 6 months already, and the opportunity to have some new flavors for Arisia seemed like a great plan.  I’d tried the ‘coffiest’ flavor, but wasn’t impressed (I like my coffee super-sweet, and coffiest was bitterer than I like).

I ordered 2 case (one of Cacao and one of Nectar – 12 bottles each), and they arrived in time for the con. My plan was to cover half my food intake for the event just via Soylent.

Here’s my take on the new flavors. Note that nutritionally, these are no different than the stock 2.0 bottles. They’re just flavored.

Traditionally, keeping well fed at a convention is a challenge.  Hotel food tends to be expensive, and taking time out in the middle of an event to go get a meal can be frustrating.  It’s easy to fall back on cheetos and Dr Pepper, which does no one any good.  Having what amounts to the caloric equivalent of a Subway sandwich at hand, and requiring only the time it takes to chug down the bottle (I drink mine all at once) is pretty awesome.

I think the only thing we noticed is that you have to think of the Soylent bottles as food.  NOT drink.  Both of us found we needed lots of water or similar even though we had just downed 12oz of liquid.

Overall though, it was an excellent experience.  We stayed fed, it was tasty, and we didn’t need to spend major bucks on buying food, or making a mess mixing our own powders (like you do with Soylent 1.x). Highly recommended!