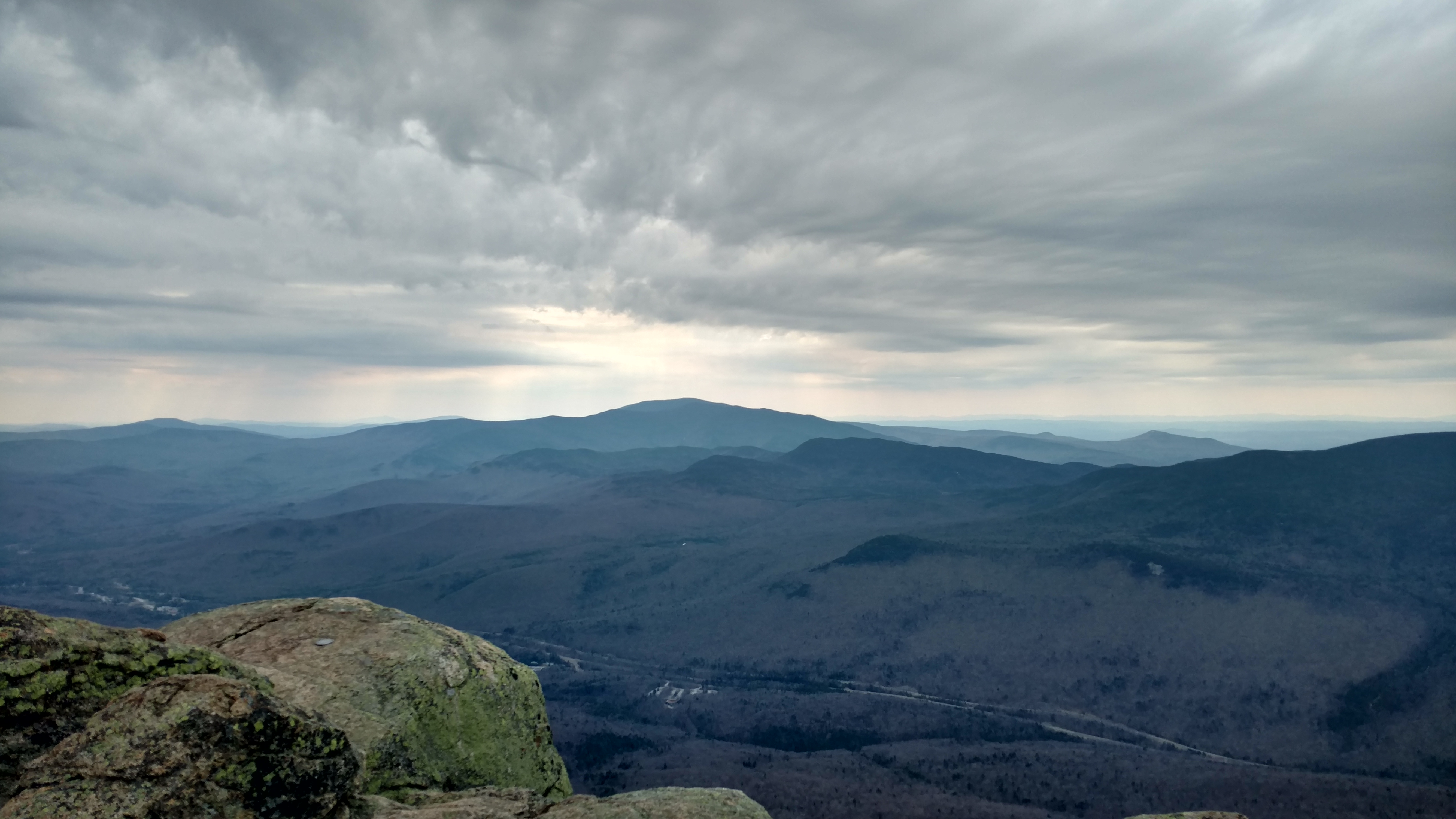 Wow, what an interesting evening.
Tonight Catya, (and I don’t know everyone elses LJ link, ya’ll can deal) Ted, Zach, Sarah and I all went into Cambridge for dinner, in prep for going drumming later on.

END_OF_DOCUMENT_TOKEN_TO_BE_REPLACED

Ah, the joys of being your own sysadmin. I guess.
For the last 2 years, I’ve been doing probably 90% of my desktop work on Windows based systems. Unfortunately Intuit, my former employer, is a very strong Windows shop, and even though they were mostly okay with me running Linux on my desktop machine, the added time / effort necessary to make it all work together just wasn’t there.
Now that I’m on my own, I can switch back to my natural environment, a Linux desktop.

END_OF_DOCUMENT_TOKEN_TO_BE_REPLACED

A Livejournal Client that plugs right into your Mozilla installation via the Tools menu.
Briefly – This sucker’s neat. It works, it’s small, it’s always there, and Just Plain Works.

END_OF_DOCUMENT_TOKEN_TO_BE_REPLACED

So special thanks to Jasra for helping out with the syndicated feed, folks at Livejournal can now see my postings coming from Planet Geek!.
For LJ folks, just add the user ‘shayde_weblog’ to your friends list, and voila!

Slashdot, truly the geek mecca-point, has been down for the last 15 minutes or so. This is an UNHEARD of occasion. Truly epic.

Mr. Praline: ‘Ello, I wish to register a complaint.
Owner: We’re closin’ for lunch.
Mr. Praline: Never mind that, my lad. I wish to complain about this candidate what I supported not half an hour ago from this very website!
Owner: Oh yes, the, uh, Howard Dean…What’s,uh…What’s wrong with em?
Mr. Praline: I’ll tell you what’s wrong with it, my lad. ‘E’s dead, that’s what’s wrong with it!
Owner: No, no, ‘e’s uh,…he’s resting.
Mr. Praline: Look, matey, I know a dead candiate when I see one, and I’m looking at one right now.
Owner: No no he’s not dead, he’s, he’s restin’! Remarkable candidate, the Vermont Governor, idn’it, ay? Beautiful issues!
Mr. Praline: The issues don’t enter into it. E’s stone dead.
Owner: Nononono, no, no! ‘E’s resting!
Mr. Praline: All right then, if he’s restin’, I’ll wake him up! (shouting at the cage) ‘Ello, Howie! I’ve got a lovely televised debate for ye!
Owner: There, he moved!
Mr. Praline: No, he didn’t, that was you re-running an old tape!
Owner: I never!!
Mr. Praline: (yelling and hitting the cage repeatedly) ‘ELLO HOWIE!!!!! Testing! Testing! Testing! Testing! This is your nine o’clock alarm call!
(Takes Howard out and shows him Bush’s latest budget proposals. Howard just sits there)
Mr. Praline: Now that’s what I call a dead candiate.
Owner: No, no…..No, ‘e’s stunned!
Mr. Praline: STUNNED?!?
Owner: Yeah! You stunned him, just as he was wakin’ up! Liberal Democrats stun easily, major.
Mr. Praline: Um…now look…now look, mate, I’ve definitely ‘ad enough of this. That candidate is definitely deceased, and when I donated to him not ‘alf an hour ago, you assured me that his total lack of movement was due to him bein’ tired and shagged out following a prolonged squawk in Iowa.
Owner: Well, he’s…he’s, ah…probably pining for the fjords.
Mr. Praline: PININ’ for the FJORDS?!?!?!? What kind of talk is that?, look, why did he fall flat on his back the moment I got ‘im home?
Owner: The Liberal Democrat prefers keepin’ on it’s back! Remarkable bird, id’nit, squire? Lovely issues!
Mr. Praline: Look, I took the liberty of examining that candidate when I got it home, and I discovered the only reason that it had been sitting on its stump in the first place was that he had been NAILED there.
Owner: Well, o’course he was nailed there! If I hadn’t nailed that fellow down, it would have nuzzled up to those constituents, bent ’em with ‘is bare hands, and VOOM! Off to join the independents!
Mr. Praline: “VOOM”?!? Mate, this candidate wouldn’t “voom” if you put four million grass roots dollars through it! ‘E’s bleedin’ demised!
Owner: No no! ‘E’s pining!
Mr. Praline: ‘E’s not pinin’! ‘E’s passed on! This candidate is no more! He has ceased to be! ‘E’s expired and gone to meet ‘is maker! ‘E’s a stiff! Bereft of life, ‘e rests in peace! If you hadn’t nailed ‘im to ‘is stump ‘e’d be home by the fire by now! ‘Is metabolic processes are now ‘istory! ‘E’s off the twig! ‘E’s kicked the bucket, ‘e’s shuffled off ‘is mortal coil, run down the curtain and joined the bleedin’ choir invisibile!! THIS IS AN EX-CANDIDATE!!!
(pause)
Owner: Well, I’d better replace it, then. (he takes a quick peek behind the counter) Sorry squire, I’ve had a look ’round the back of the shop, and uh, we’re right out of liberal democrats.
Mr. Praline: I see. I see, I get the picture.
Owner: I got John Kerry.
Mr. Praline: Pray, does it appeal to the young grass roots constituency?
Owner: Nnnnot really.
Mr. Praline: WELL IT’S HARDLY A BLOODY REPLACEMENT, IS IT?!!???!!?
Owner: N-no, I guess not. (gets ashamed, looks at his feet)
Apologies to John Cleese and the rest of the Python team. 🙂

I’ve been invited to give a nice talk on LTSP at the Boston Linux Users group in April. Pretty spiffin. Folks should try and come to it, I love seeding an audience with friends and supporters 🙂
Here’s the actual entry for the talk.

Yoinkin yimminies. This week (Thu and Fri) I was not at Intuit, working on my own things at home. A lot of setup and prep work, but I’ve gotten things done that have really been just -hanging- around for ages.

END_OF_DOCUMENT_TOKEN_TO_BE_REPLACED

One of the clients I’ve been trying to land for Stonekeep just called me and said “the backer is really hot on using your system, can we change a few things and come up with a way to do this?” – and what they’re asking for is reasonable.
One more client. And not a free one. Schwing.

I can’t get the LJ Crosspost plugin to work in Moveable Type, so I’m flat out giving up on it right now. Chip really isnt’ answering mail, and I don’t have time to dig into his code and find out what’s working and what isn’t.
Maybe when I have Time [tm] [reg us pat off] I’ll get a handle on how plugins in MT work, and be able to debug his code, but for now I’ll probably just manually crosspost things in as I see fit.
Aaaanyway, back to our regularly scheduled yammering.

So, if all goes well, and I have all the stuff installed right, this entry will show up on LIveJournal as well as on my blog. So, lets give it a shot…

Apparently I’ve managed to piss off just about everyone around me. Including my son and my wife. Is this the inevitable end to trying to balance work with home life? I alienate one or the other?
I need to find some balance. Somewhere.

I. Have a day off. I’m off. Really. I don’t have a con to prep for. Zach’s in school. The house is quiet. I HAVE A DAY OFF! HAHAHAHAHHAH
Man do I need to catch up in mail. And unload the van. And get my office set up again. And set up a sniping tool. And gosh the office is messy, that should be cleaned too, and… oh dear.
Okay, so it’s a different kind of day off.